Cruisin’ to the Show 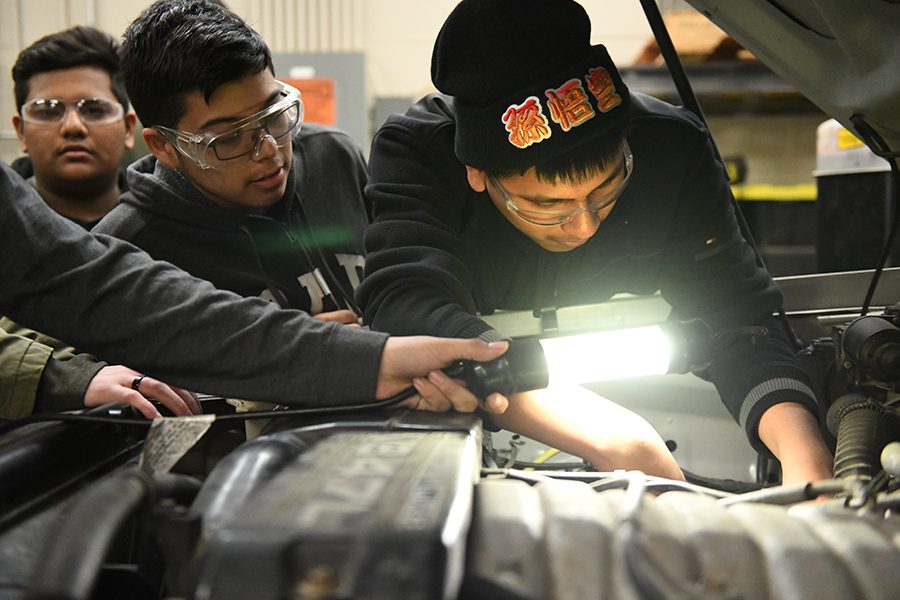 Auto tech teacher Mark Mester took his students to the Specialty Equipment Market Association (SEMA) show in October 2018 for the first time. Mester took them to the show to educate and inspire their automotive interests.

“My whole goal is for the kids to continue working on their auto tech skills,” Mester said. “Hopefully they’ll choose to pursue it as a career one day,”

Howard is going to Colorado State University in the fall to study automotive entrepreneurship. He hopes to have his own car booth at the SEMA show one day.

“Being surrounded by such innovation with unique and imaginative cars really inspired me to continue working on my mechanics,” Howard said. “I own a silver Subaru that I now want to modify based on the cars I saw at the show.”

Alam walked around and gazed at the modified cars, like the fully-functional car modeled after the toy brand Hot Wheels. He said that the cars in the film “Fast and Furious” inspired him.

“I’d like to work on cars as more of a hobby when I’m older,” Alam said. “Regardless, going to the SEMA show was an amazing experience to see all the small details the innovators put into their cars. Looking at a Honda S 2000 made with handcrafted parts or a R 34 GTR Nissan made with rare pieces manufactured in Japan was unlike anything I’d ever seen.”

Angel said racing videos on YouTube initially inspired his interest in cars, and was intrigued by the engines at the show.

“I want to be a mechanic and have my own shop one day,” Angel said. “Going to the SEMA show really encouraged me to continue working on my own mechanic skills. One car in particular that stood out to me was a two door black GMC Syclone with a red interior. Being around such creativity really drove me to push my boundaries.”