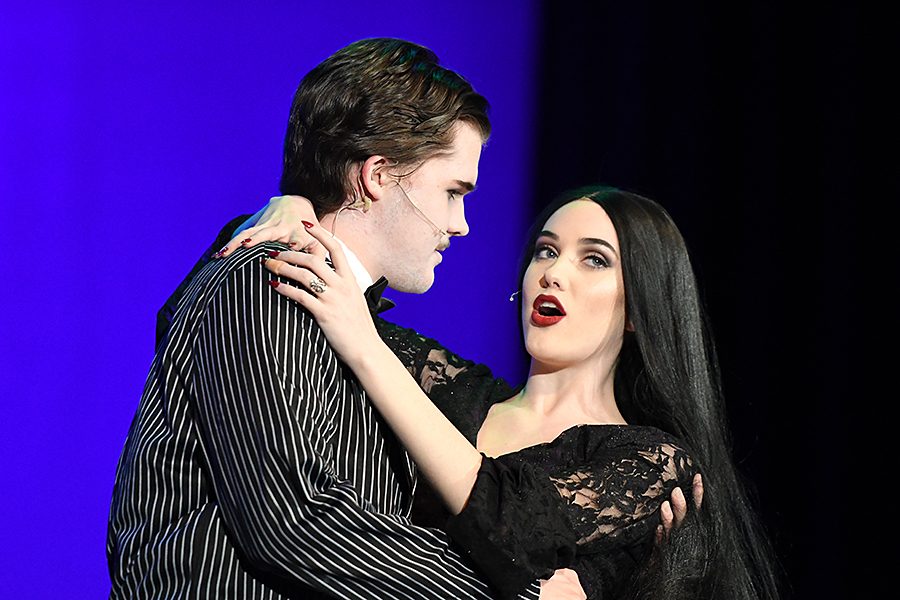 For the annual musical, the theater department put on the “Addams Family” February 1-4 with the help of art department, choir, dance, orchestra and band.

The “Addams Family” cast and crew spent about two and a half months building, painting, sewing, and learning lines to get the show stage-ready.

“It’s really hard work, but along the way you learn a lot about yourself and that’s one the things I love about doing big productions at this school,” said senior Julia Butcher who played Morticia Addams.

Big productions and musicals are an annual bonding experience for RHS theater students, as well as students from a variety of other clubs and organizations.

“You can make lots of new friends and meet a lot of different kids because a lot of students who aren’t even in the theater magnet get to be in the show,” said junior Gabriel Steagall who played one of the ancestors. “We get to work with tech too, and meeting all the new people just makes it a lot of fun.”

The day of dress rehearsals, Lauren Teel, who originally played Alice, got the flu. Morgan Peterson, who was originally cast as an ancestor, stepped up to fill the role. Teel recovered and played her role two nights allowing Peterson to play Alice the other two nights.

“I had to learn the whole role in two days – dances, songs, everything, Peterson said. It was really stressful, but I enjoyed the the extra time on stage.”

The theater department put on their final performance of the “Addams Family” on Tuesday, February 4.

“We all really come together and just create some art together,” said Nathan May who played Gomez Addams.