Tussling with Rules Against Transgender Athletes 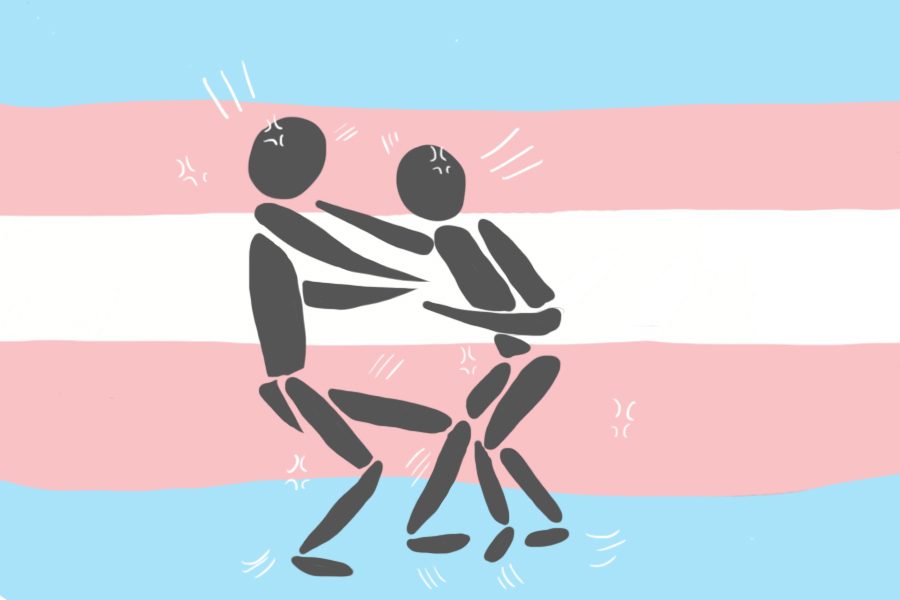 The Talon staff believes that athletes should compete against athletes of the same gender, not the sex assigned on their birth certificate. Illustration by Emma Jean Shuemake

Euless Trinity’s Mack Beggs shines a light on the growing debate surrounding transgender athletes. The 17-year-old wrestler is transitioning from female to male, but the UIL rules have forced him to wrestle females based on his birth certificate. He won the state UIL wrestling meet last Saturday to cap an undefeated season. These one-sided matches are not entertaining nor fair to any of the opposing wrestlers, and we at the Talon believe that Beggs should be allowed to wrestle, but only against males.

Beggs identifies as a male and has undergone the treatments required to physiologically render him a male. With these basic considerations, it seems unreasonable that Beggs be slated to wrestle females. This situation illustrates the incompetency of the UIL State Executive Committee. While they chose to stick to their bylaws which assign competitors their gender division by birth certificate, they should have taken the context for the situation into account.

Some will say that he isn’t really a man, and that we are only born to be one gender or the other. That may be their belief, but when discussing the merits of wrestling a certain gender, Beggs fulfills the physical qualifications required to wrestle men. It’s not like Beggs is saying he’s a male because of how he thinks or feels – he literally possesses the testosterone to warrant the classification of a man.

Many of his female competitors who knew that they stood no chance forfeited matches against him as a form of protest. While Beggs deserves a chance to compete against males, the girls who competed against him were stripped of the opportunity to win.

Could he have won without the testosterone? Perhaps. But that’s not relevant to the situation and does nothing to appease the female wrestlers who stood no chance despite practicing for hours on end. At the end of the day, a physiological advantage cannot be overcome by sheer effort, a sad reality that dawned on the wrestlers who were defeated last Saturday.

To fix this glaring issue, it’s on the UIL State Executive Committee. In fairness to them, they hadn’t been subject to such a situation before. But with the progressive society we live in today, it’s inevitable that more cases like Beggs’ will emerge making it vital that UIL will be able to adapt. The key is to prevent the issue from snowballing into a much bigger problem.

Their longstanding birth certificate stance has become obsolete. Some may say that it’s important to uphold traditional rules that have worked for so long. While that is true, times change, and the most important facet of this decision is fairness. What happened at the state championships certainly does not fit the definition. This year it was female wrestlers who were dealt the unfair hand, and it’s time to classify transgender student athletes physically rather than by birth certificate. This should be done to promote fairness while keeping the competitive integrity of high school athletics.

This Saturday we witnessed an odd and unfortunate event – a male won a female competition. Transgender or not, Mack Beggs deserves the right to compete in the sport he loves against the people he identifies with both mentally and physically. Otherwise the charade will continue next year, and other female wrestlers will suffer at the expense of the UIL’s outdated decision making.