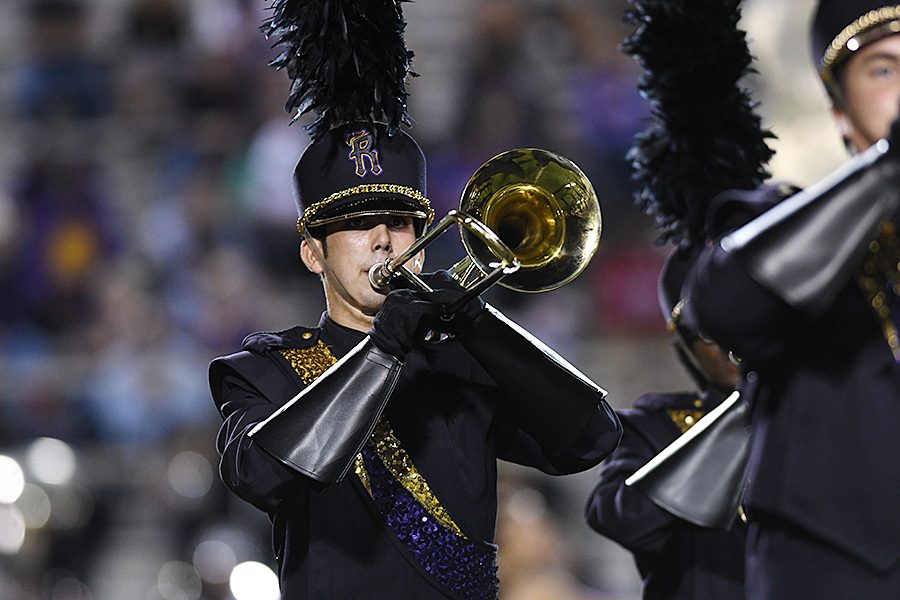 Junior Ken Osadon plays his trombone as he marches across the field. The band finished 19th at the Area competition. Photo by Chad Byrd

The Golden Eagle Band finished 15th out of 26 at the Area C marching contest at Mesquite Memorial Stadium. This puts an end to a much improved season for the band, who finished third place earlier this year at the Desoto Marching Classic and received superior ratings at the Region competition.

The band scored high and placed 11th in marching, but the musical score kept the band from advancing to finals.

“We went up against some really hard competition,” freshman Kyler Moseley said. “I was surprised to see our band get only 5 spots from finals.”